The NJAIHA has long recognized the importance of continuing the Industrial Hygiene legacy by welcoming young adults into our organization as they pursue their education and begin their careers. Each year scholarships are awarded to students who have demonstrated scholastic excellence in the study and promotion of environmental health and safety/industrial hygiene for the 2021/2022 academic year. NJAIHA is pleased to announce that the following students were awarded scholarships. 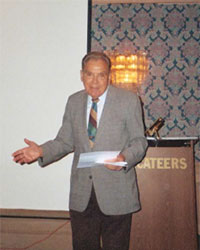